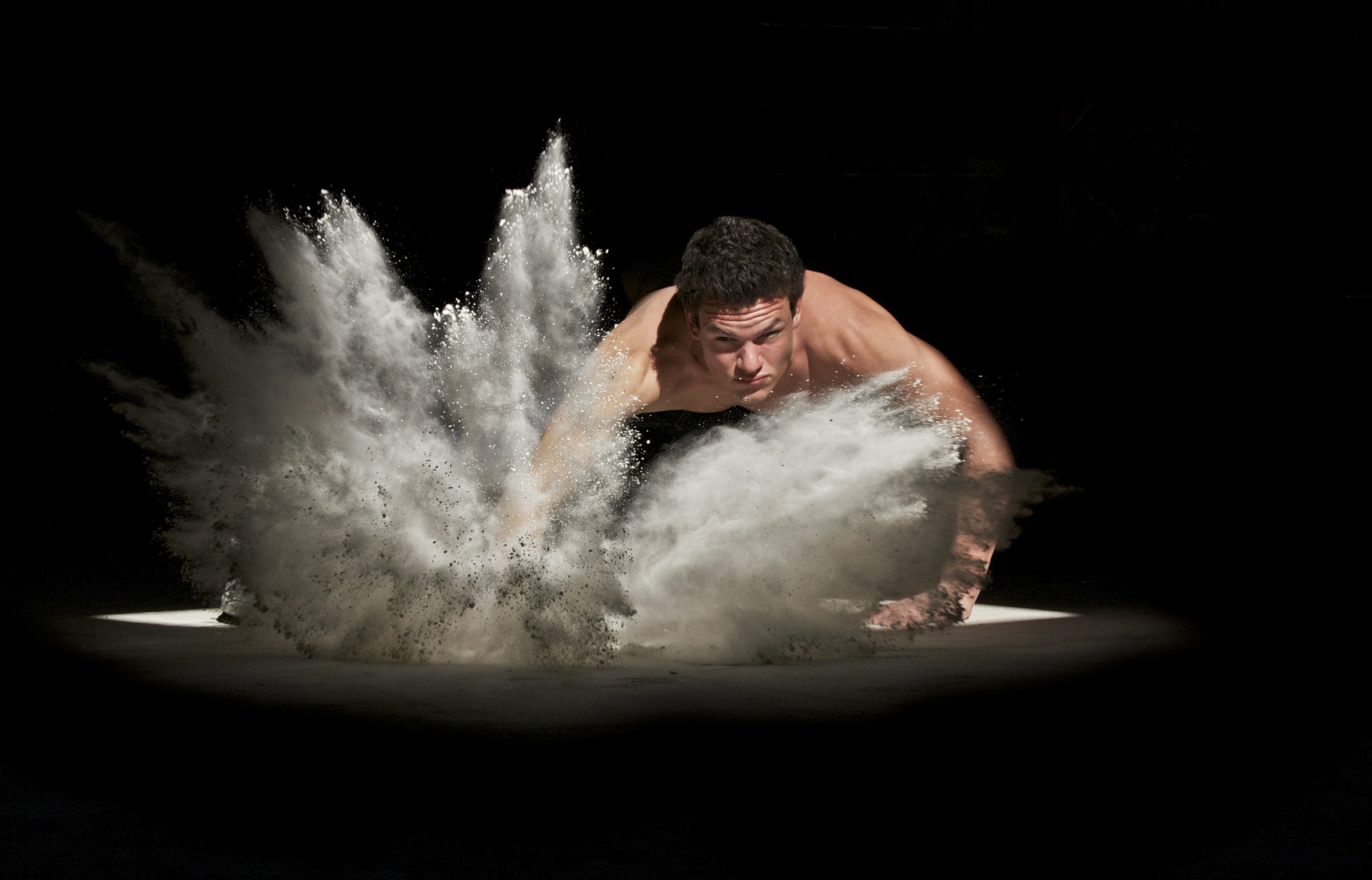 A soldier follows orders but a warrior follows his heart.

There’s something about the masculine energy that’s so magnetic.

I experience the feeling of divine masculinity as assuring, secure, powerful and grounding.

Masculine energy can both entice and enrapture my whole being.

A man can gently unfurl me and my protective layers with the strength of his gaze, undivided focused attention, and soul-connecting presence.

But that’s not my fantasy. That’s just what I appreciate about masculine energy.

A FANTASY SHAPED IN CHILDHOOD

To fully understand my fantasy, I have to share a bit about my childhood experience (like most other fantasies, it has its roots in early development).

Growing up, I was surrounded and raised by a number of very strong-willed female figures. Some would even say they were pathologically stubborn, manipulative or abusive. But we won’t get into that today.

These female caretakers taught and conditioned me at a young age that men were the enemy because they only know to hurt and destroy. I was taught to be independent (not in a healthy empowering sense but in a sense that I don’t need a man because I’m better than that). Over time, I adopted these stories from my mother, aunts, and girlfriends.

It only took me forty years to realize that these stories of “men are bad” “men will cheat” “men will destroy” “men will hurt” “men are heartless” “men will use you” were other people’s stories.

These stories weren’t mine, but I’d inadvertently taken on these beliefs that do not belong to me.

Although I have empathy for many women who have had unsafe experiences with men, that fortunately had not been my own personal experience, still to-date. And for that, I’m tremendously grateful to the universe.

And maybe it’s because early warnings of men created a natural protective suspicion, leeriness, and skepticism of men that’s repelled men with bad intentions. I was too wise for their games or took too much effort for the payoff – maybe. I will never know.

Ironically, when I recall moments throughout my childhood and adult life that embodied agony, sorrow, and despair, it was the women who were the doers of the darkness and oppression. And conversely, the men who were my glimmer of hope and light.

For each troubling moment, I can still picture a man’s face that kept me afloat. Their light came in the form of a calm presence, a kind smile, a few encouraging words, a small gift, and a gentle acknowledgment.

Even though these simple and kind gestures often became lifesavers that I clung onto as I tread for what felt like an eternity to shore, in retrospect, it wasn’t enough.

Broadly speaking, even though men were never the direct source of hurt or pain, in the deepest part of my heart, I came to realize that I was disappointed in them.

Because deep down I knew they were capable of so much more. They could have done more. And I wish they did more.

In my little girl mind’s eye, men were bigger and stronger.

Historically, men were the first to go into battle, hunt game, build infrastructure, and protect the village. Men are warriors, providers, and protectors.

But the male figures in my life gave way and became soft like mud when challenged by a stronger female – often who made foolish, cruel and uncompassionate choices. I have my hypotheses but will really never know why. And maybe the why isn’t so important anymore.

DO RIGHT – AN ADULT WOMAN’S FANTASY

Some theories say a fantasy is like an unconscious wish. There’s a yearning to go back in time and right what was wronged.

If so, here’s my fantasy.

I fantasize about men who speak truth to power, especially when it’s inconvenient.

Because that’s when it really counts and will have the most impact.

Men who speak up when everyone else is turning a blind-eye stand above the rest in my book.

I fantasize about men who don’t turn into puppets that walk the line between light and dark, hypnotized and manipulated by or even hiding behind strong-willed women who aren’t embodying love, kindness, compassion, or wisdom.

I believe everyone’s ultimately responsible and accountable for their own behavior – meaning, I’m not saying that it’s men’s responsibility to keep anyone on the straight and narrow.

But I do fantasize in these moments, men will do what’s right. That they will use the strength of their body to defend and protect the innocent and pure of heart. Use the power of their resounding voice for the voiceless. Tap into the deep wisdom and integrity of their hearts to fight for the truth.

Men who courageously speak against dogma are irresistible. Men who are leaders of their own life are magnetic. Finally, I fantasize about men who despite being bullied by society to signal all kinds of alpha-aggro-macho antics, choose to step into true masculine power through love, tenderness, generosity, wisdom, and integrity.

Despite all of this, for all the men who have been my source of light, I’m truly grateful.

Maybe in my fantasy, there’s an element of wanting to go back and right what was wronged.

But more so, this is the sharing from the heart of a past young child pleading to adults – male or female – use your power to do the right thing when given the opportunity.

On a separate but related note, I had the privilege to watch an exclusive video that documented an intimate and candid conversation led by one of Oprah’s favorite spiritual teachers, Gary Zukav with a group of veterans.

This video was shared with me by the co-founder of Source One Serenity, a non-profit organization helping veterans since she came across an article I wrote about the power of intention setting and knew I was a fan of Gary’s.

In this powerful and unedited conversation, Gary talked about the meaning of power, warrior, and what it means to protect.

THE TWO TYPES OF POWER

According to Gary, there are two types of power.

The first is external power, which allows you to manipulate and control others. This is often the type of power that modern society rewards.

My personal interpretation of this second type of power is when what we do and how we do it is in support of our inner self – when we are in integrity with our truth and what we care about.

WE CAN ALL BE CONSCIOUS WARRIORS IN OUR LIVES

While the conversation was focused on veterans and what it means to be a warrior and protect, the essence of the topic can be extrapolated to the broader life.

If you are a warrior in your little corner of life, ask yourself:

Are you at ease? Find out with this Quiz.

Is Productivity Harming Your Soul?

5 Steps To Being The CEO of Your Life